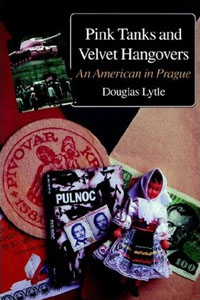 I know you have been dieing for another post in my Pink Tanks and Velvet Hangovers series, so as I sit and have some time off to do “other” work than attending meetings, seminars, sessions and etc. I thought I would hook you up. I love today’s post from Pink Tanks and Velvet Hangovers. “Why?” you ask. Well, I think this cultural insight will help you understand the Czech demeanor a bit.

Historically, I was not alone in my ignorance [that is an ignorance about Czech and it’s people]. As the Munich crisis was building to a head in 1938, British Prime Minister Neville Chamberlain was quoted saying: “How horrible, fantastic, incredible it is that we should be digging trenches… because of a far away country between people [Czechs] of whom we know nothing.” Regardless of Chamberlain’s naivetÃ©, he was savvy enough to note that most Westerners didn’t know much about Czechoslovakia or its people.

Chamberlain would have done well to read “At the Crossroads of Europe,” an essay from the 1920s by Czech writer Karel ÄŒapek. In it, ÄŒapek described his country this way: “In these few contradictions… it is a country old and yet new, great yet small, rich yet humble, highly cultivated and yet very primitive. Nature and history have imposed upon it the fate of being the heart of Europe, of being a crossroads and a link between nations and cultures.”

…THAT I DO HAVE FUN OUT THERE! I’ve never been short on intensity and … END_OF_DOCUMENT_TOKEN_TO_BE_REPLACED

“But seek the welfare of the city where I have sent you into exile, and … END_OF_DOCUMENT_TOKEN_TO_BE_REPLACED

Today was supposed to be our KICKOFF GAME.  Instead of coaching, I … END_OF_DOCUMENT_TOKEN_TO_BE_REPLACED