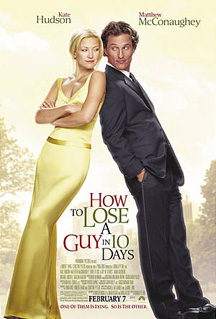 But I bring this up, not to simply let you in on a part of my life, but to share with you something I have been learning over the years. To be honest, I donâ€™t feel like I have a lot to offer here (that is advice about dating, courting or whatever the heck you want to call it), because I have dropped the ball many times. I have dropped the ball enough to toy with the thought of writing a book entitled, the misadventures of dating: life lessons learned about what not to do. I canâ€™t say that Iâ€™ve had any publishers banging down the door to get a hold of the manuscript for that one, but through the few misadventures Iâ€™ve had, Iâ€™ve continued to learn about trusting God with every area of my life. Yes, even the opposite sex. And I hope that sooner or later, my misadventures will pay off and Iâ€™ll actually do something right, by Godâ€™s grace, and end up in the relationship and partnership with the woman Iâ€™ve prayed for for years, again by Godâ€™s grace, because Iâ€™ve seen I need a ton of it!
END_OF_DOCUMENT_TOKEN_TO_BE_REPLACED

I wanted to follow up yesterdayâ€™s reflection from our time at the L.E.C. with a portion of a sermon from Mark Driscoll, that he preached a couple of weeks ago. If you havenâ€™t been listening to his sermons you should start, click here to get to Mars Hillâ€™s site.

On another note, I missed work for the second day in row. This morning my boss, Matt Hardy, took me to an Urgent Care Office, because my car was in the shop. Dr. Shaw diagnosed me with strep throat. So now Iâ€™m feeling a lot better once the meds worked their way through my system. Pray that I would get over this quick and be able to hang with our students as we close up shop for this school year. Alright, I have to resume the rest that the doc prescribed! I pray that the words from Pastor Mark that are below inspire you to turn your world upside down with the love of Christ!
END_OF_DOCUMENT_TOKEN_TO_BE_REPLACED

NOTE:This was the promised reflection from over a month ago about our service opportunity in downtown Dayton. I dropped the ball on getting it up, but here it is. I will not be posting more than this one. I hope you enjoy it, but moreover that you are challenged by it.

For those of you who know me, know that I like to talk about revolutions and seeing things turned upside in our world with the ridiculous and radical love of Jesus Christ. After all the title of my monthly newsletter/prayer letter is entitled Anastatoo, which means to â€œturn upside downâ€ in Greek. Itâ€™s the beat of my heart to see a radical upheaval that purely flows through the Good News of Jesus coming to redeem all things to Himself.

END_OF_DOCUMENT_TOKEN_TO_BE_REPLACED

I pray that you would pause today and reflect on the truth and the reality of the crucifixion of Jesus Christ this Good Friday. I am moved by Jesusâ€™ suffering and death to bring me, a rebel against Him and His purposes, back to into relationship with Himself and with the Father.

Where would you be if He hadnâ€™t died for you?

I have been crucified with Christ. It is no longer I who live, but Christ who lives in me. And the life I now live in the flesh I live by faith in the Son of God, who loved me and gave himself for me. Galatians 2:20 (ESV)

END_OF_DOCUMENT_TOKEN_TO_BE_REPLACED

Good evening, or should I say good morning. I just rolled back into my crib (a.k.a. my house, or place of residence) and I thought I would log on the net to check my email and a few blogs. And to my delight I found a massive entry about the claims of the resurrection over at Driscollâ€™s blog.

One of the things that draws me to the teaching and writing of Driscoll is that he was impacted by Jesus as a 19-year-old college freshman, just as I was. Whenever I hear his story I hear bits of me and my story of coming into relationship with Jesus. So when he talks about looking for the evidence to actually believe that a man rose from the dead 2,000 years ago it hits home. In my life it played out a couple years after I had made a decision to follow Christ. One morning I woke up and I was staggering with doubt. It is the weighable evidence that is found in Scripture and outside of Scripture that God used to give me peace. Here is the intro paragraph to Driscollâ€™s post and click here for the rest.

Jesus Christ was born nearly 2000 years ago in very humble circumstances to a young teenage virgin girl named Mary. Jesus life on the earth was a mere 33 years, and only three of those years were spent doing ministry and teaching publicly. Jesus never traveled more than two hundred miles from his home, never held a political office, never married or had children, never wrote a book, never ran a company, and never made much money. Yet, today Christianity which is the religion left in His wake is the largest world religion with nearly 2 billion people who claim to be Christians and worship Jesus as their God. 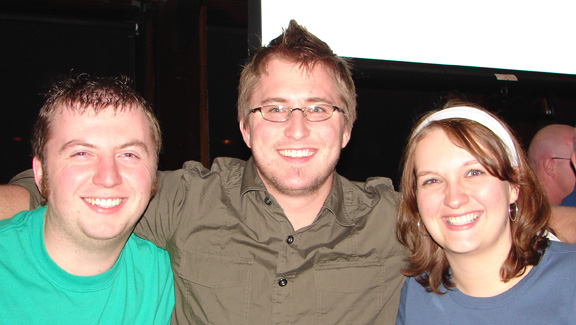 When I became a Christian my freshman year at the University of Wisconsin â€“ Oshkosh, I felt misunderstood and alone, but God was about to change that. As I look back at the shift that took place in my life (that is realizing that I was offered a relationship with God through Jesus and not merely something that felt empty to me) I saw God provide people and friends that understood me and were willing to deal with my messiness and all the junk that was Zach Harrod.

What began as friends has developed into family of sorts. I have a group of friends, largely from college and time during college, that are indeed more than friends. Jesus promises this to all who enter into relationship with Him. I love when Jesus said this:

And everyone who has left houses or brothers or sisters or father or mother or children or lands, for my name’s sake, will receive a hundredfold and will inherit eternal life. Matthew 19:29

END_OF_DOCUMENT_TOKEN_TO_BE_REPLACED 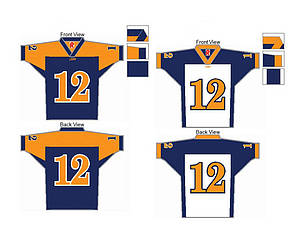 One of my passions and something that is central to my vision of using football in the Czech Republic is providing free and/or gently used equipment to teams in the Czech American football league. Well, God has really blessed me by providing a father that has got behind this part of my vision [THANK YOU SO MUCH DAD, YOU ARE AN INSPIRATION TO ME]. Through my dadâ€™s contacts we have given the team a new set of game pants, a few helmets, new facemasks, helmet decals, shoulder pads, a bunch of loose equipment and now a whole set of new home jerseys! Praise God!

I often say to my coach and my guys over there that we try to give to them not just because we want to see football get better or see them have safer equipment or see them look better, but so they would see God in this. After all God is the greatest giver of all!
END_OF_DOCUMENT_TOKEN_TO_BE_REPLACED

Many of my friends and those who encounter me know that I have been impacted and discipled from afar by the preaching and teaching of Mark Driscoll. Driscoll is a pastor and church-planter out in Seattle and in many ways the way he communicates and teaches is similar to the way I want to and also in ways that connect with my heart and mind. About a month or so ago Driscoll responded to a post by a Christian leader about a â€œhardâ€ subject and Driscoll blasted him and another leader. I have to confess, I laughed at it and enjoyed it. One reason is because I totally disagreed with what this other leader was saying and, two, because I have a sarcastic demeanor that cuts people down. The ladder, and not the former, is the problem, because itâ€™s not living a life congruent to the Gospel.

END_OF_DOCUMENT_TOKEN_TO_BE_REPLACED

Today for our Monday curriculum at the Training Center here at Athletes in Actionâ€™s home office we read a chapter from Os Guinnessâ€™ book, â€œThe Call.â€ I have yet to read the whole of this book, but the chapter, entitled â€œA Focused Life,â€ we read for our workshop on â€œTime Management and Time Famineâ€ blew me away and has me wanting to buy the whole book (which I donâ€™t need to buy another book at the time, but the temptation is there). The whole chapter floored me, but what really struck a cord with me were some quotes from Dorothy L. Sayers.

Here they are for you!

END_OF_DOCUMENT_TOKEN_TO_BE_REPLACED

Happy Thursday! Today I have had the day off and I took full advantage of it! I slept in and got to chill a bit, which has been a blessing! See the last 4 days have been our Athletes in Action Spring Break Urban Immersion in downtown Dayton! It consisted of working at the Life Enrichment Center (LEC) and also hearing some great talks. They put us to work at the LEC and it was a privilege to serve there and also reach out to those who are less fortunate than many of us.

Over the next couple of days as I process a ton of things that God has been teaching me I will be posting some reflections of race, the marginalized, how seeing Godâ€™s heart for the disenfranchised affects the way we see and live the Gospel, and lastly some reflections on challenging the status-quo of our day. I figured if I actually wrote this that I would be disciplined to actually get these thoughts up on the blog. But until then, I thought I would share some lyrics and thoughts from the Jeremy Camp and Bethany Dillon concert I got to check out last night.

END_OF_DOCUMENT_TOKEN_TO_BE_REPLACED

Giving Tuesday is upon us!  Over the last few weeks, we have tried to lay … END_OF_DOCUMENT_TOKEN_TO_BE_REPLACED

teamHARROD Advent Blessing 2019 from Zach Harrod on Vimeo. Over the last … END_OF_DOCUMENT_TOKEN_TO_BE_REPLACED

I was asked, “Why football?” During the start of our trip back and in my … END_OF_DOCUMENT_TOKEN_TO_BE_REPLACED