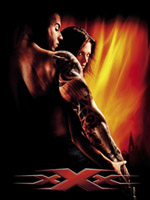 To access the widest possible spectrum of reliable information, intelligence services typically work on two levels â€” both of which are at play around the radar base. The first, Å Ã¡ndor says, is referred to as â€œclassic information gathering.â€ Often done by agents working as diplomats and journalists, this work consists of monitoring the political atmosphere and day-to-day developments surrounding the plans to build the base.

â€œThese types of people travel to the military grounds near the base, speak with local mayors and track the views of politicians,â€ Å Ã¡ndor says.

The second level, which Å Ã¡ndor refers to as â€œclassic espionage,â€ is slightly craftier. Charged with securing long-term informants, these types of spies strive to establish personal contacts with individuals who have access to classified information. To do this, they either access the source directly or recruit an agent to spy on the source in their stead â€” a method Å Ã¡ndor says is preferable because it allows spies to maintain their cover.

Aside from gathering intelligence, foreign spies also spread false information among locals for the purpose of building opposition to an undesired project.

Please don’t ask to many questions to my work here in Prague, there are things that I can’t tell you… Just playing… I always wanted to be a spy when I was a kid! Ha! Blessings…

…THAT I DO HAVE FUN OUT THERE! I’ve never been short on intensity and … END_OF_DOCUMENT_TOKEN_TO_BE_REPLACED

“But seek the welfare of the city where I have sent you into exile, and … END_OF_DOCUMENT_TOKEN_TO_BE_REPLACED

Today was supposed to be our KICKOFF GAME.  Instead of coaching, I … END_OF_DOCUMENT_TOKEN_TO_BE_REPLACED