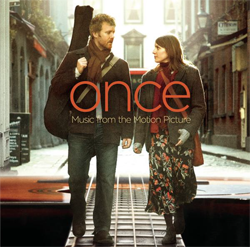 Last night, my friend, Jason, and I went to see the Irish film Once, that was just released here in Prague. I won’t get too much into the film besides I loved it. It was beautiful. Here is a quick synopsis of the film from Yahoo (or for a more detailed write up click here for the Wik):

A tale that follows ‘the Guy’, who works part-time helping his father run a small, vacuum cleaner repair business, but dreams of one day having his songs recorded and landing a record deal. Emotionally vulnerable, he is still coming to terms with the recent departure of his girlfriend and lacks the conviction and passion to move on in his pedestrian life. One day, he meets ‘the Girl’, an Eastern European immigrant who has moved to Dublin to start a new life for herself. Currently working as a house cleaner in an upper-class residence, she is struggling financially. She yearns for what she cannot afford–a piano to help her escape from the daily grind of finding her way through this strange new land. A relationship blossoms between ‘the Guy’ and ‘the Girl’, as they’re both struggling. Their shared love of music causes them to flourish and grow with a new found confidence as they take a chance on each other and a new beginning on life.

I highly recommend the film, but I’ll warn my American readers that it doesn’t have the cute bow tied on it at the end that we have come to expect from films. You also need to check out the soundtrack as well! As soon as I could I hopped on iTunes and grabbed it last night.

As I sat and watched the film I sat there feeling an untapped part of me coming alive. Maybe it is because this film follows the creative development of beautiful music, and thus art. Maybe, it is because I’ve been longing to {re}engage the artistic part of me that I forsaked somewhere along the way, thinking that an athlete couldn’t be an artist as well. I think it’s all the above. So I’m thankful that the imago dei (image of God) was bursting from this film last night. We’ll see what this means as I get settled and I can begin the {re}engagement process (it’s also a bonus that God has put some “creatives” in my life here in Prague – Mark, Jason, Ondra.)

Then this morning I stumbled along another stimulus for creativity – it’s called the Moleskine Project. The gist seems to be that people draw, paint, or pretty much create in their moleskines and then they send them in. This kind of hits home since I have a recently found love of affair with Moleskine products. Check out the Moleskine Project and I pray the rest of your weekend is blessed and full of God. I have to get going. I have my second test tomorrow in Czech class! Love it! 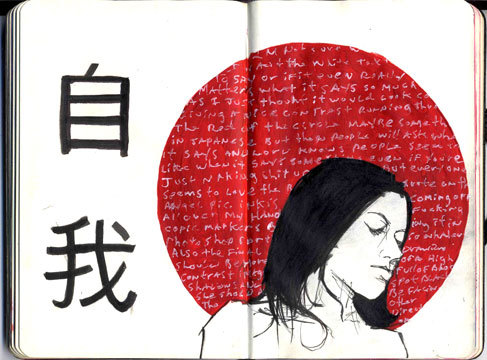 …THAT I DO HAVE FUN OUT THERE! I’ve never been short on intensity and … END_OF_DOCUMENT_TOKEN_TO_BE_REPLACED

“But seek the welfare of the city where I have sent you into exile, and … END_OF_DOCUMENT_TOKEN_TO_BE_REPLACED

Today was supposed to be our KICKOFF GAME.  Instead of coaching, I … END_OF_DOCUMENT_TOKEN_TO_BE_REPLACED