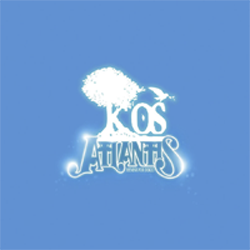 This weekend was filled with fever, lots of pills, chicken noodle soup and lots of blind stares at the TV, but at some point during the weekend I used a Christmas iTunes gift card and bought the newest album from Canadian hip-hop artist, K-OS. And it rocks! I love it. I’ve listened to it over and over again. K-OS is really refreshing to me because his lyrics aren’t filled with the same old thing that you hear coming from the majority people in the hip-hop world. In fact, in K-OS’ earlier album, Joyful Rebellion, he is even critical of the hip-hop world in his song Emcee Murder. Case in point:

Holding my raps
Olden is golden and black
Extolling virtues of rap
With monkeys riding my back
I see them falling
Doing commercials and balling
I’m not a hater but she’s closing the gate
And we stalling
Woke up in the early morning
I heard a voice that showed me the things to come
And told me I had a choice
To build it 300 cubits by 50 cubits
Drinking thinking I’m stupid but deep in my heart I knew it
Money and fame could lead to emcee murder
You think you can escape but you can’t take it any further
You call it writer’s block
But you stop cause the vine is empty
Hip hop’s not dead, it’s really the mind of the emcee

Some interesting lyrics and an interesting challenge to the hip-hop world. I love it! Another thing I love is that K-OS always work a little flavor of faith into his lyrics, you saw Noah referenced in Emcee Murder, and Noah is once again referenced in the newest album Atlantis with the song Ballad of Noah. I have listened to this song on repeat more times this weekend than I can recall. The chorus itself moves me. It’s a song, and even an album, full of searching and hope. Here are some of the words from the song Ballad of Noah, I hope you enjoy them. For the rest of the song’s lyrics click here, there was section that was hard to figure out, but the rest of the words appear to be correct.

just like king midas turned things to gold
i touched my soul and felt my warm blood turn cold
i was told we paint the picture we want to see
the dream, she’s the woman, i’m a machine
jacqueline is my mother, but not Onassis
wearing sunglasses taking me to pray on sunday
not one day, but three, we attended the church
watched my father get up, grab the bible, and then work
the scripture, get the picture?
preacher in my blood
and people in my hood, no threat of attack
just a jean jacket and an *muffled* up from the fact
from a ecclesiastic kid who was afraid to be black
imagine that type of ghetto
it still isn’t settled
i play sex pistols and listened to heavy metal
i ate lunch all by myself in a meadow
and healed every scar with wishing to be a star.
now it’s on, so tell me why i sing a sad song.
who’s the pawn, was i being fooled all along?
not at all. cause now i’m strong.
innocence deterred, was never gone, i feel it coming, the break of dawn.

…THAT I DO HAVE FUN OUT THERE! I’ve never been short on intensity and … END_OF_DOCUMENT_TOKEN_TO_BE_REPLACED

“But seek the welfare of the city where I have sent you into exile, and … END_OF_DOCUMENT_TOKEN_TO_BE_REPLACED

Today was supposed to be our KICKOFF GAME.  Instead of coaching, I … END_OF_DOCUMENT_TOKEN_TO_BE_REPLACED