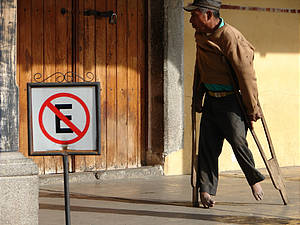 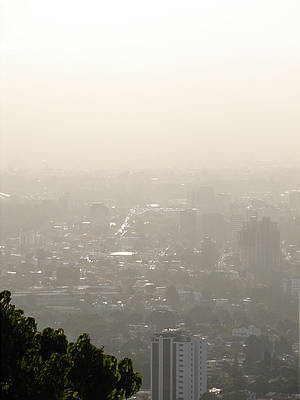 Yesterday as we drove to Antigua to do ministry and also help out the Wrestling Federation, by promoting the sport, I got a chance to read some more about the history and cultural background of Guatemala City and the country as large. A couple of things Iâ€™ve noticed about driving around the city of Guatemala is the extreme divisions between class and the amount of nasty pollution. With that in mind I was intrigued by the following quote from my tourist book, The Rough Guide to Guatemala,

The divisions that cleave Guatemalan society are at their most acute in the capitalâ€™s crumbling streets. While the wealthy elite sip coffee in air-conditioned shopping malls and plan their next visit to Miami, swathes of the city have been left to disintegrate into a threatening tangle of fume-choked streets, largely devoid of any kind of life after dark. A small army of street children lives rough, and gang violence is growing. The disparities of life in the city are glaring extreme, as glass skyscrapers tower over the sprawling shanty towns, and shoeless widows peddle cigarettes and chewing gum to designer-clad night clubbers.

This is so glaringly obvious as we drive around in our big van. It was even more obvious the day we went to the center of Guatemala City and Christobal told us to shut all the windows because there was a very good chance that we would have people reach into the van and try to steal anything they could grab. In response to our cultural-insider we shut the windows and drove through the roughest area of town to get to the center only to circle it a couple of times in the van without getting out, because the risks are too many.

I have wrestled with this since that day. It felt like we were worlds apart, like those people outside the window were less than human or something. It actually reminded me of Jurassic Park, where they are going on the tour of the park while locked into these SUVs that kept them safe from the wild animals. How sad is this? That is the sad reality of this city I guess. How I long to cross that! How I long to turn that upside down! Because after all Jesus crossed that divide with us and took on human flesh to come humanity. He crossed the line of divinity and humanity and came to us. Shouldnâ€™t we do the same for those that the world has deemed “lesser” people? Letâ€™s follow the example and the life lived by Jesus and cross into “their” world, because in reality “their” world isnâ€™t that much different from “our” world.

…THAT I DO HAVE FUN OUT THERE! I’ve never been short on intensity and … END_OF_DOCUMENT_TOKEN_TO_BE_REPLACED

“But seek the welfare of the city where I have sent you into exile, and … END_OF_DOCUMENT_TOKEN_TO_BE_REPLACED

Today was supposed to be our KICKOFF GAME.  Instead of coaching, I … END_OF_DOCUMENT_TOKEN_TO_BE_REPLACED